A downloadable game for Windows and macOS

In Fossil Corner, you're a retired paleontologist, collecting fossils and solving evolutionary puzzles in your old garage.

Made by Brady Soglin.

If you want to share fossils with other players, check out the Discord!

Purchase comes with a Steam key!

In order to download this game you must purchase it at or above the minimum price of $9.99 USD. Your purchase comes with a Steam key. You will get access to the following files:

Great game, totally worth it!

I've been really enjoying this game! Really satisfying chill puzzles. I love the trilobite trait "stubby lil' guy" because yes he is, so cute. The sounds are nice, I like the music and also some of the ambiant neighborhood sounds. There's something cozy about a nice window view and an old imac.

I have some feedback for some small things I think might be nice.

* Sometimes a fossil looks like it could go off of multiple branches and it just won't let you put it on the "incorrect" one. Sometimes it does let you attach in the "wrong" place. Being more consistent would be nice! I like being able to put it into the wrong place and need to adjust my solution, but if others would like it to only allow you to snap to "true" lines that'd be fine with me too. I'd like if there were multiple ways to solve some of them, according to your own preference for ordering.

* One of the first colorless fossils had by the "Colorful" trait, which is hard to tell when it is grayscale sometimes. I ended up having to randomly link it to a few similar fossils until it snapped to the right one, before I noticed it had extra shading. Maybe up the contrast when they're greyscale, or maybe it's just me?

Hi! Thanks a lot for your kind words and for the feedback! To your notes: 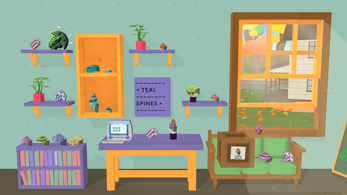 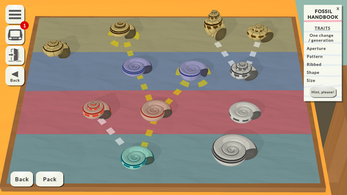 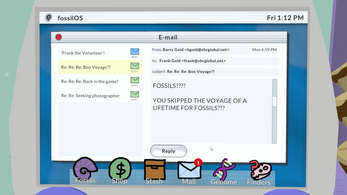 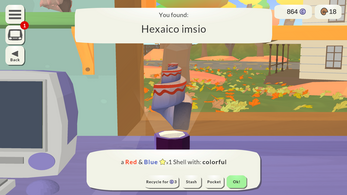 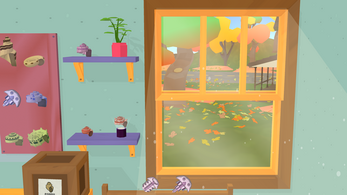